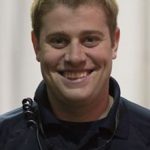 Luke Culleny holds a Bachelor’s Degree in Film and Television as well as many other technology based certifications. Luke was first exposed to EMS during his time as a Associate Producer in film and fell in love with public safety. Luke returned to school and is a four-year veteran of Chatham EMS as an EMT, then Paramedic. Luke frequently works ambulance shifts as his IT schedule allows. Luke’s hobbies include woodworking and filming (including drone use).
____

Luke Culleny maintains a passion for EMS which combines with his love, experience, and knowledge of IT systems and multi media. This combination has resulted in multiple significant advancements at Chatham EMS. Luke has successfully overseen dispatch CAD and ePCR software launches along with projects to assure ECG transmissions to receiving ERs. Whereas this may be standard for some, Luke pushes IT abilities by developing better interfaces to report frequency of ECG transmissions to help drive improved clinical performance and education. Luke also works to develop CAD to CAD to ePCR interfaces to move information to crews faster and easier by eliminating steps and links. Much of Luke’s work is not seen by field crews, but has had a tremendous impact on service delivery.