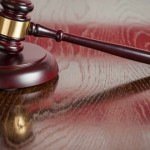 Supreme Court issues a decision clarifying  under Implied False Certification Theory On June 16, 2016, the Supreme Court issued a decision that clarifies the liability of federal contractors, including health care providers that participate in the Medicare or Medicaid programs, under the False Claims Act for implied frauds.  Writing for a unanimous court, Justice Clarence Thomas held in Universal Services v. United States ex rel. Escobar that the so-called “implied false certification theory” can serve as the basis for False Claims Act liability in situations where a federal contractor has submitted claims for payment, and where the contractor makes specific representations regarding the services it has provided but fails to disclose the contractor’s non-compliance with one or more material requirements that make those representations otherwise misleading.  The Court further held that liability under the False Claims Act does not turn on whether the noncompliance related to a requirement that had been expressly designated as a condition for payment. The case involved Universal Health Services, Inc., and its subsidiary Arbour Counseling Services.  Arbour operated a mental health facility in Lawrence, Massachusetts.  For the period from 2004 through 2009, Arbour provided mental health counseling services to Yarushka Rivera, a Massachusetts Medicaid beneficiary. ...