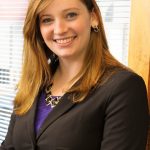 As Director of Marketing and Communications, Amanda Shell Jennings manages internal and external communications throughout the Priority Ambulance family of companies.

Jennings is involved in local professional organizations. Jennings currently serves on the Communications Committee for the American Ambulance Association and as Treasurer of the Volunteer Chapter of the Public Relations Society of America. Jennings served as Vice President of collegiate relations for the Knoxville American Marketing Association from 2012 to 2015. Jennings holds a Bachelor’s Degree in Journalism with a minor in Spanish from the University of Tennessee, Knoxville.
____

As the Director of Marketing and Communications, Amanda Shell Jennings brings members of the Priority Ambulance family of companies in states across the country closer together through communication strategies and tells the story of Priority Ambulance and its personnel to the industry and the public.

As part of an outside consultant group, Amanda developed and guided the initial brand strategy for the company’s founding in 2013. Joining the company’s marketing and growth department full-time in 2017, Jennings has managed the announcements and brand integrations of eight acquisitions and three cold startups.

Beginning with 150 employees in two locations to a current total of nearly 3,000 employees in 10 states, Amanda has developed communications programs, tools, and strategies to bring the family of companies closer together. In 2018, the company launched a company wide Priority News Network with mounted screens at each Priority location that share company news, employee profiles, clinical updates and alerts, and more in a cloud-based network. Jennings and the corporate marketing team work with subject matter experts throughout the company to develop news items, updates, and recognitions.

Jennings also supports the external marketing and new business development efforts at each Priority company, including leading the proposal development process for hospital and 9-1-1 contracts. Jennings has been sharing the stories of EMS in the media for eight years and finds the most enjoyment from telling the human stories of EMS and sharing the positive impact that the Priority team has on patients and communities.

In addition to her work at Priority Ambulance, Jennings volunteers for the Priority Ambulance Leadership Foundation, a 501c3 nonprofit envisioned and founded by former owners of Priority Ambulance’s companies to develop the next generation of EMS industry leaders. The foundation organizes a year-long, accelerated EMS executive course with four week-long in-person class sessions. Jennings assisted in launching the leadership course in 2019 and serves as the chair of the fundraising committee and manages the annual capstone project. The foundation graduated its first class of six in 2019 and has expanded to a class of 12 for 2020.

Jennings also currently serves on the Communications Committee for the American Ambulance Association.