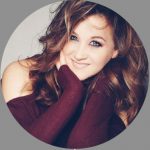 Alicia Ney, along with her twin brother Andy Ney, was recognized at last year’s American Ambulance Association (AAA) Conference as one of the youngest leaders in EMS. At the age of 27, Alicia has already been working as an EMS provider for nine years. Of those nine years, Alicia has worked as a member of the management team at Paramount Ambulance for nearly five years. Over that time, Alicia obtained her Paramedic certification, so as to better provide EMS car, bring knowledge to her position, and to better understand the providers she was managing and training. In 2010, when Alicia became an EMT in high school, it was not about the excitement of working in EMS, but rather satisfying her dad by working for his newly established private ambulance service. Alongside her twin brother, Alicia became one of the youngest EMTs in the state of Iowa at the time. Throughout college, Alicia worked part-time for the family business but had no intention of working full-time as an EMT. At the time, Alicia was considering careers in insurance or health and wellness. In a turn of events, three months after graduating from Loras College, Alicia joined the family business full-time in management wearing many hats within the organization. In the course of a day, Alicia can go from posting payments to patient accounts, to coordinating new hire orientation, to jumping in an ambulance to provide EMS care on a busy day. Alicia has never been given a formal position or title at Paramount, but that is most likely because there isn’t one that would encompass all that she does for the employees and the organization. Every day that Alicia comes to work, she has a smile on her face with a natural positivity that affects everyone around her. Alicia has a drive and passion for training, organizing, and providing patient care. In her five years with the management team at Paramount, Alicia has streamlined many processes, organized the management team, developed a training calendar for the year for employees, and developed a formal Field Training program for new employees. Alicia’s contributions to the organization have been profound. As a young member of EMS, Alicia represents the new age of technology and information at state association conferences and AAA conferences. It is the young minds that will push EMS into the future and with her organization, structure, and passion for patient care, Alicia will be one of the individuals to aid in that process. Alicia’s twin brother Andy provides her with inspiration every day. The passion they share together for paving the future of EMS within their organization, their county, and their state will make profound strides in the future and quite likely the industry as a whole.
____

Alica Ney wears many hats within her organization, Paramount Ambulance. From field Paramedic to Accounts Receivable to Business Development, training, and education; Alicia does it all. Most who venture into a career in EMS focus their time and energy on specific functions but Alicia is focused on the overall growth of her agency and the education of her employees.

Dedicating much of her time to the clinical education and field training, Alicia has a true passion for ensuring clinical excellence based on national best practice standards and has made it her mission to bring this passion for personal and professional educational growth to her field crews on a daily basis.

For the majority of people, handling the number of roles that Alicia does would be a burden. However, her family, friends, and colleagues would all agree, for Alicia, her eclectic involvement within Paramount Ambulance energizes her to pursue excellence around every turn and energizes those around her to do the same.