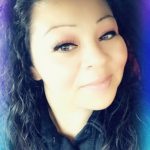 Celia “Cece” Cuevas was born and raised in East Chicago, Indiana. Cece got into EMS for many reasons but the number one reason has to do with an old co-worker Andre. When Cece was 10 years old, she was shot three times in a drive by shooting as an innocent by stander. Cece was in and out of consciousness before a medic picked her up and carried her to an ambulance. This medic’s name was Andre. Andre took care of Cece on the ambulance and at the hospital, making sure that she was well taken care of. Andre saved Cece’s life and she grew up wanting to be just like him. When Cece was old enough, she went to EMT school and was even able to work side by side Andre. Cece is the skilled medic she is today thanks to Andre’s help and inspiration.
____

Cece is an amazing person and a major asset to the management team at Superior Air-Ground Ambulance. Cece is very warm and out going. Cece completes each task that is given to her and is constantly striving to be the best health care provider possible. Cece has over come many challenges in her life and is well deserving to be recognized as one of the American Ambulance Association’s 40 Under 40 Honorees.