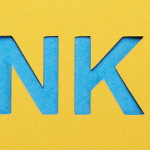 Thank you to the dozens of AAA member ambulance services who answered the call to serve in New York City’s time of need. This Facebook video from fellow member FDNY shows the final deployed medics heading home. Thank you to the many member organizations who answered the call to serve in the New York and New Jersey #COVID19 response. Your service will not be forgotten! #SupportEMS #AlwaysOpen #NotJustaRide Posted by American Ambulance Association on Thursday, May 28, 2020

40 Under 40 nominees were selected based on their contributions to the American Ambulance Association, their employer, state ambulance association, other professional associations, and/or the EMS profession. ____ Celia Cuevas Station Manager Superior Air-Ground Ambulance Service Inc. Merrillville, IN ____ Nominated by: Jeff Collins ____ Biography: Celia “Cece” Cuevas was born and raised in East Chicago, Indiana. Cece got into EMS for many reasons but the number one reason has to do with an old co-worker Andre. When Cece was 10 years old, she was shot three times in a drive by shooting as an innocent by stander. Cece was in and out of consciousness before a medic picked her up and carried her to an ambulance. This medic’s name was Andre. Andre took care of Cece on the ambulance and at the hospital, making sure that she was well taken care of. Andre saved Cece’s life and she grew up wanting to be just like him. When Cece was old enough, she went to EMT school and was even able to work side by side Andre. Cece is the skilled medic she is today thanks to Andre’s help and inspiration. ____ Reason for Nomination: Cece is an amazing person (more…)

40 Under 40 nominees were selected based on their contributions to the American Ambulance Association, their employer, state ambulance association, other professional associations, and/or the EMS profession. ____ Chase Hodges General Manager Illinois Superior Air-Ground Ambulance Service Bolingbrook, IL ____ LinkedIn Nominated by: Kim Godden (AAA Board of Directors, Superior Air-Ground Ambulance Service – Elmhurst, IL) ____ Biography: As the General Manager, Chase has been instrumental in reshaping the culture of EMS at Superior Ambulance. Chase’s view on safety as not a part time commitment, but a true full time commitment has helped reduced accidents by 40%. Chase sits on Superior’s retention committee, Field Training Officer and training committee, and policy and procedures committee. Chase is also a part of Superior’s Special Event team which provides EMS for events happening all over the Chicago Land area, and is a member of the Ebola transport team. ____ Reason for Nomination: Chase is being nominated for this honor for many reasons that cannot be fully expressed in such few words. Chase started in EMS with our company as a para-transit driver and also worked as a dispatcher and EMT before being chosen as a General Manager overseeing several stations, including one of (more…) 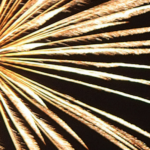 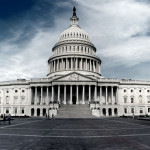 This week, AAA members were once again on Capitol Hill meeting with members of Congress. AAA Government Affairs Committee Chair, Jamie Pafford-Gresham of Pafford EMS, met with entire Congressional Arkansas delegation. While on the Hill, Jamie also met with members from Oklahoma and Mississippi. AAA Board Member, Kim Godden (Superior Air-Ground Ambulance), Payment Reform Committee Chair, Asbel Montes (Acadian Ambulance Service), and AMR VP Federal Reimbursement & Regulatory Affairs, Deb Gault were also on the Hill for meetings this week. Collectively the group met with over twenty Congressional offices this week. Thank you to all of our members for their hard work fighting for permanent Medicare relief. We appreciate you taking the time to visit Washington and meet with your representatives. Pafford EMS CEO, Jamie Pafford-Gresham, and Sen. John Boozman of Arkansas Pafford EMS CEO, Jamie Pafford-Gresham, and Sen. Tom Cotton of Arkansas Have you met recently with a Member of Congress? Are you interested in getting involved with the AAA’s advocacy efforts? If so, email Aidan Camas at acamas@ambulance.org!

AAA Board Member and Chair of the AAA’s new Non-Emergency Task Force, Kim Godden, Vice President of Legal & Government Relations at Superior Air-Ground Ambulance Service, Inc., recently had the opportunity to meet with new Vice President, Mike Pence. Kim worked with the Vice President during his time as Governor of Indiana and used this meeting to remind the Vice President of issues facing ambulance services around the country. Kim was also able to relay to Vice President Pence how important permanent Medicare relief is for ambulance services around the country. Thank you, Kim, for all of your hard work on the AAA’s advocacy efforts! Superior Air-Ground Ambulance Service, Inc. President/CEO, David Hill III, Vice President, Mike Pence, and Superior VP of Legal & Government Relations   Have you met recently with a Member of Congress? Are you interested in getting involved with the AAA’s advocacy efforts? If so, email Aidan Camas at acamas@ambulance.org! 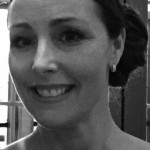 Kim Godden Vice President of Legal and Government Relations Superior Air-Ground Ambulance Service (Michigan, Indiana, Illinois) Region 3 Alternate, American Ambulance Association Board Elmhurst, IL Tell us a little about yourself. I grew up in Barlett, Illinois, a Chicago suburb. I received my BA in History and Political Science from Purdue University and my law degree from DePaul University College of Law. After graduating from Purdue, I worked for the Illinois Attorney General’s Office while attending law school in the evening. While with the Attorney General’s office, I was an policy analyst/attorney for criminal justice and victims’ rights initiatives. During this time, I reviewed, drafted, and testified on various legislative and regulatory initiatives. In 2007, I was able to bring this experience to the ambulance industry when I joined Superior. In addition to sitting on the AAA board, I also sit on the boards of the Illinois State Ambulance Association and the Indiana EMS Association. I also participate on the government affairs committee for the Michigan Association of Ambulance Services. In addition to overseeing government relations and regulatory and compliance matters for Superior, I oversee the legal department which manages litigation, contracts, real estate and employment matters. I have been (more…)