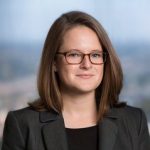 LinkedIn | Twitter
Nominated by: Rob Lawrence (AAA Board of Directors)
____

Dr. Catherine R. Counts is a second-generation EMS professional who, after taking an ambulance to show and tell in kindergarten, was hooked. Dr. Counts has since transitioned this interest into a career focused on the patients and providers in the pre-hospital setting. Dr. Counts also has research interests in domestic healthcare policy, quality and patient safety, and organizational theory and culture. Given the crossover between her background in public health and her expertise in EMS, Dr. Counts specializes in the mechanisms by which providers are changing the way healthcare is delivered in the pre-hospital setting.

Dr. Counts has worked across the healthcare spectrum from EMS to long term care and is well versed in the systemic issues facing the American healthcare system. In addition to her work at the University of Washington, Dr. Counts serves as a consultant for a variety of quality improvement and EMS related projects, and contributes as a columnist for a number of trade publications.
____

For EMS to advance into the future the industry must rely on evidence-based research and a scientific approach to the type of pre-hospital medicine delivered on the streets. EMS agencies must also ensure that Public Health partners are fully integrated to ensure prevention becomes as much a part of our ethos as mobile healthcare provides, as response and transport is. Catherine Counts Ph.D. represents this future. Dr. Count’s academic achievement and more importantly, her published work suggests she is already affecting the future direction of mobile healthcare. EMS agencies do not only need operations directors and executives to take the industry into the future, they also need an academic brain trust to steer science and performance. Dr. Counts represents that future and is an excellent candidate for the American Ambulance Association’s inaugural 40 under 40.

40 Under 40, Seattle Medic One, University of Washington, Washington (state)