Written by American Ambulance Association on February 8, 2020. Posted in 40 Under 40. 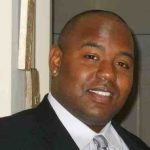 As the General Manager, Chase has been instrumental in reshaping the culture of EMS at Superior Ambulance. Chase’s view on safety as not a part time commitment, but a true full time commitment has helped reduced accidents by 40%. Chase sits on Superior’s retention committee, Field Training Officer and training committee, and policy and procedures committee. Chase is also a part of Superior’s Special Event team which provides EMS for events happening all over the Chicago Land area, and is a member of the Ebola transport team.

Chase is being nominated for this honor for many reasons that cannot be fully expressed in such few words. Chase started in EMS with our company as a para-transit driver and also worked as a dispatcher and EMT before being chosen as a General Manager overseeing several stations, including one of our largest stations located in Chicago. Chase oversees 248 employees and through his positive attitude and understanding of every aspect of EMS, he is able to make sure staff is customer focused and patient driven. Chase also assists with our company’s recruitment and retention efforts and is always the first one (even when it involves coming into work while on vacation) to participate with important government relations meetings and ambulance ride-along events which help not only our company but the EMS industry overall.