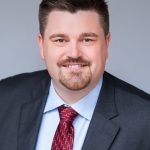 Will Pitt has more than 15 years of experience in the emergency medical service field. As Vice President of Operations, Pitt oversees a 250-person team serving 10 hospitals and five counties with 9-1-1 service in Southeast Tennessee and Northwest Georgia for Puckett EMS.

During Pitt’s time at Puckett EMS, the service has seen a 40 percent increase in service volume in his region. Pitt has also been instrumental in the design and launch of the Puckett EMS Training Academy, the largest initial education program in the region. The academy provides annual opportunities for EMT, EMT-Advanced, and Paramedic certification training to the region.

Prior to his work at Puckett, Pitt spent seven years at Walker County Fire and Emergency Services where he advanced from the field to senior management ultimately serving as the Chief of EMS. During his tenure, Pitt created a quality improvement and education division that included initial education programs from EMTs and paramedics.

Pitt has also been involved in local professional organizations. Pitt has served as the Chairman for the Georgia Region I EMS Council and Treasurer for the Southeast EMS Director’s Association. Additionally, Pitt has been a board member of the Northwest Georgia EMS Systems and the Southeast Tennessee Regional MedComm Committee.

Pitt has received numerous awards, including being named the Georgia Association of EMS Statewide Educator of the Year in 2015.

Pitt holds a Master’s Degree in Business Administration from Columbia Southern University and a Bachelor’s Degree in Biological Anthropology and Anatomy from Duke University.
____

Throughout every step of his career, Will Pitt has advanced the EMS industry in the region by developing and structuring educational opportunities and recruiting new individuals to EMS.
Recognizing a need for EMS education and training in the region, Will launched a partnership between Puckett EMS and Faithful Guardian Training Center to create the Puckett EMS Training Academy. The Academy provides annual EMT and paramedic level certification courses multiple times a year and is the largest provider of initial certification training in the region.

In the Northwest Georgia and Southeast Tennessee, like many locations in the United States, the pipeline of new professionals entering the EMS industry has been trending downward. In response to this, Pitt launched an accelerated 8-week EMT-Basic class that is completely free to the students and provides a training wage so that students can be in training full-time. By removing some of the financial barriers to beginning a career in EMS, the response to the course has been overwhelming. The academy has already graduated its first class and is currently training its second class. Additionally, Pitt is in the process of developing a program in conjunction with local high schools to provide EMT training to seniors as part of a work-based learning program.

Pitt volunteers his time in regional industry leadership having served as Chairman for the Georgia Region I EMS Council and Treasurer for the Southeast EMS Director’s Association. Pitt is actively involved in fostering collaboration across EMS agencies to improve public health and service in the region.

In 2014, Pitt was part of the group of state officials and leaders that developed the state’s first Disaster Assistance Response Task Force, which provides an organized framework and standardized education for disaster response in North Georgia. This project provides a mechanism by which the EMS leadership in a county experiencing a disaster situation can immediately mobilize dozens of ambulances and hundreds of personnel to address large-scale emergencies.