Unit 68 premiered worldwide on YouTube today. The short film was written and directed by David K. Jarreau, a Paramedic with Acadian Ambulance Service, and features an Acadian ambulance. The film depicts a young boy, Mack, and his experience with a mysterious ambulance that forever changes his life. The film is loosely based on real-life experiences faced by Unit 68 In Baton Rouge, LA. Jarreau stated on Baton Rouge’s Local 33 news that part his motivation to create this film was to address today’s shortage of EMS personnel. He hopes that the film will inspire young viewers to aspire to careers in EMS. Watch the video above, or on YouTube.... 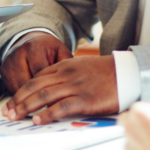 Scrolling through Facebook, I regularly notice EMS providers seeking feedback from friends and colleagues. Someone will post, “Hey, I’m moving to this city. Does anybody know some good ambulance services that are hiring?” Plenty of people will respond, “This is a pretty good place.” Others share warnings such as, “Don’t work for Provider X.” Word of mouth can be valuable for any EMS. What current and former employees say about their positive work experience is a major benefit to recruitment and retention. In order to ensure a top-notch service to customers and to attract top-tier employees, recruitment and retention must be at the top of the to-do list. This is important for both public and private EMS departments. With negative word of mouth, unless somebody is desperate to get a job, “Provider X” in the example above won’t receive a second look from applicants. While some services use salary as a major recruitment and retention tool, it’s not the only way to stand out. There are various low-cost strategies to employ when it comes to recruiting and retaining employees. Moving on up Opportunities for advancement are one attractive benefit. In a fire service, providers often begin their tenure as a...

Our industry has been struggling with a staffing crisis for several years. We are all looking for ways to attract and hire qualified individuals to staff our ambulances and work in our dispatch and billing offices. This shortage has often resulted in ambulance providers hiring many people who meet the basic qualifications for the position even if they might not be the best fit for the company. There is a strong focus on reducing overtime hours to keep cost in line with shrinking reimbursement dollars. However, when a new person is introduced to the company community and culture, there are impacts that are not always recognized. Our industry has also struggled with the concept of collecting and reporting cost data because there are many dynamics that drive cost for ambulance providers throughout the country. Difficulties with identifying and isolating recruitment and retention costs are no exception to this struggle. An article published by the HR Daily Advisor discusses a recently published survey that studied the financial impacts a bad hire has on an organization. Not only does the organization lose the money associated with onboarding the wrong candidate (interview time, screening costs, orientation costs, uniforms, third ride time, etc.) but (more…) 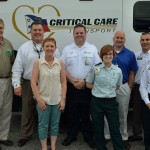 Founded in 1971 in with just eight staff and two vehicles, Acadian Ambulance has grown over the years to more than 4000 employees with a fleet of 400 ground ambulances, helicopters, fixed-wing airplanes, and van and bus transports. Their territory has expanded from Lafayette Parish, Louisiana, to stations spanning large swaths of Louisiana, Texas, and Mississippi. How does such a large and varied service feed their talent pipeline? In addition to many other strategies, Acadian is leading the industry in its efforts to engage young adults in EMS through its High School Champions program, a division of their National EMS Academy. To learn more about the ins-and-outs of the program, AAA caught up with Porter Taylor, Acadian’s Director of Operations. Taylor has been in EMS for 29 years, since he joined Acadian Ambulance as a college sophomore. “I love making a difference in people’s lives. When I was working on a unit it was the patient, and now, almost 30 years later, it is the employees that I love helping.” Establishing High School Champions was not a linear path. Initially, Acadian would send medics to career fairs and school functions to introduce the field and promote its National EMS Academy (NEMSA) as an opportunity after (more…)