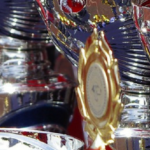 Nominations for the 2017 AMBY Awards is now open! The AMBYs recognize excellence in the ambulance profession and the ingenuity and entrepreneurial spirit that epitomize AAA members. Honor excellence in EMS by nominating a project within a service or company for consideration. Read the 2016 case studies to find out why we’re passionate about honoring your commitment to excellence. Why Bring the AMBYs to Your Organization? Share Your Knowledge with Your Peers By entering the AMBYs you show your commitment to excellence in the ambulance industry and your willingness to share your superior accomplishments with your peers. Winners will are awarded during the AAA Awards Reception at our Annual Conference & Trade Show in Las Vegas, In addition, all entries will be shared with the AAA membership on the website, in the association’s mobile event app and as an online publication. Show Your Value to Your Community AMBY Award winners are given the American Ambulance Association’s AMBY Award Winner logo to proudly display on their website, social media sites, and other marketing collateral to let key stakeholders know the Association recognizes your contribution to the industry as outstanding. In addition, winners will receive a press release template to send to your local press. (more…) 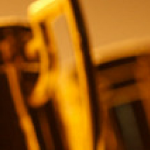 The AAA is proud to announce this year’s award winners. Awards will be presented at the AAA Annual Conference and Tradeshow Awards Reception on Tuesday, November 8, 2016. Please join us in congratulating the winners. J. Walter Schaefer Award Randy Strozyk, American Medical Response The J. Walter Schaefer Award is given annually to an individual whose work in EMS has contributed positively to the advancement of the industry as a whole. Randy has achieved this through his tireless dedication and service to the industry and his role in elevating the association and its members to national prominence. Robert L. Forbuss Lifetime Achievement Award Julie Rose, Community Care Ambulance The Robert L. Forbuss Lifetime Achievement Award is named in honor of the first Executive Director of the American Ambulance Association. It recognizes a volunteer leader who has made a significant long-term impact on the association. Julie has held numerous leadership positions in the AAA including Membership Committee Chair, Region III Director and Alternate Director. Julie has worked tirelessly to get members of her Region to join the AAA, knowing that it is important to participate in the national organization to be part of the team finding solutions to today’s challenges in EMS. President’s (more…)