Congratulations to the AIMHI Award Winners!

Today, the Academy of International Mobile Healthcare Integration (AIMHI) celebrates the winners of the second annual AIMHI Excellence in Integration Awards at the EMS World Virtual Expo. These prestigious honors celebrate and promote high-performance, high-value EMS, its partners, and leaders.

“The 2020 Excellence in Integration Award winners represent the very best in mobile integrated healthcare. We are proud to honor these exceptional programs and individuals,” said AIMHI President Chip Decker.

This year’s winners will be celebrated at the EMS World Virtual Expo, an e-learning event that will be attended by thousands of emergency medical services professionals from around the globe.

►Download the most recent AIMHI Benchmarking Report at www.aimhi.mobi.

From the Richmond Times-Dispatch

Richmonder April O’Quinn is a doll.

The Richmond Ambulance Authority EMT was one of five winners nationwide of the American Girl “Heroes With Heart” contest earlier this year. The company, which makes the popular American Girl Dolls, held the contest to honor frontline workers. Families were asked to nominate someone who’s making a difference in their lives by submitting a photo of their nominee and a written statement about how that person helped the community.

Virginia | Voices from the front lines of the pandemic in Richmond

From the Richmond Times-Dispatch

Wes Wampler wakes at 4:30 a.m. on the days he works as a captain for the Richmond Ambulance Authority.

The typical shift, 12 hours at time, two days on, two days off, is anything but typical these days. Though no longer a paramedic, as a captain with 15 years of experience, Wampler still reports to emergency medical calls. Now, he’s in an SUV instead of an ambulance.

Being on the front lines during a pandemic, things change, all the time. 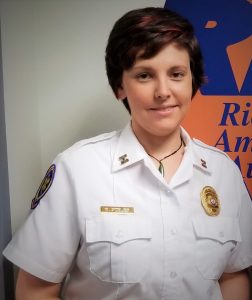 Rebecca Szeles is a Nationally Registered Paramedic and Communications Supervisor at the Richmond Ambulance Authority (RAA). She is a Virginia Commonwealth University graduate with a Bachelor of Science in Biology. She is also a member of RAA’s Critical Incident Stress Management Team (CISM) and Peer Support Program (PSP).

Supervisor Szeles has not only dedicated herself to her position, but has also committed herself to supporting the mental health and well-being of her co-workers. In 2017 Supervisor Szeles invited Jim Marshall from the 911-Training Institute to speak to staff about resiliency. In 2018, she went through training to become a member of our Critical Incident Stress Management (CISM) team. CISM helps providers deal with traumatic events such as line of duty or pediatric deaths, and Mass Casualty Incidents (MCI). Supervisor Szeles realized more could be and needed to be done to help RAA’s providers on a day to day basis.

After becoming a member of CISM, Supervisor Szeles spearheaded efforts to create a Peer Support Program at RAA. The program was created as another tool to help paramedics and EMTs deal with the day to day stresses that come with the job. In 2018, Supervisor Szeles invited a leading expert in Peer Support to help train staff members who would become the first members of RAA’s Peer Support Team. She assisted in the creation of an awareness campaign promoting the importance of mental health and using resources like CISM, Peer Support, and external support services. She also assisted the Virginia Office of EMS by appearing in a Public Service Announcement titled “Make the Call.” The video was viewed more than 34,000 times on social media.

Supervisor Szeles has also overseen RAA’s resiliency training aimed at helping our providers bounce back from difficult events and cope with stresses from those events in a healthy way. The program helps Communication Officers, (or System Status Controllers) Paramedics and EMTs effectively manage stress and fosters professional development. Since our Peer Support Team launched in December 2018 the organization has had 122 recorded interactions with staff members. Our number of contacts has steadily risen as awareness of the program has increased. 83.6% of our contacts have been work related and 20.5% have been related to CISM. 16.4% of our contacts have involved non-work related issues. Of the employees that have taken advantage of the programs, we have seen positive outcomes and successful performances in their respective positions. Supervisor Szeles has played a key role in those successes.

RAA is now getting requests from other agencies from within and outside the state to help set up programs of their own. The work Supervisor Szeles has done is helping a wider range of EMS providers outside of RAA.

Last year Supervisor Szeles also took on major responsibilities in addition to her regular duties when our Director of Communications went on leave for surgery. For three months she stepped into the role to fill in gaps, producing daily and monthly performance reports, managing the interview and hiring process for new employees, as well as answering any calls or responding to any issues that needed to be addressed by the Communications Center. Supervisor Szeles has proven to be flexible, hardworking and an invaluable asset that has made her co-workers and our agency stronger.

Rob Lawrence, Chief Operating Officer at the renowned Richmond Ambulance Authority, just shared his thoughts about AAA President Mark Postma over at EMS World. As always, we deeply appreciate the continued membership and support of RAAEMS.

[President Mark Postma] has a massive agenda and much business to do. This will require him to pursue current legislation to a successful conclusion, lead the development of AAA, foster the creation and maintenance of strategic partnerships and alliances for the betterment of the industry as a whole, and drive industry change, all while navigating Trump’s new world order.

Without a doubt a lot is about to change in 2017, but if ever there were a president up for the challenge—one who will knock down, not build, walls—Mark Postma seems that leader.

Written by Amanda Riordan on May 31, 2016. Posted in AAA HQ, Community, Service.

Last week, American Ambulance Association staff took a road trip south to tour the Richmond Ambulance Authority. Known across the country and around the world for their innovative approach to EMS, RAA certainly did not disappoint.

Thank you to Chip Decker, Rob Lawrence, Dan Fellows, Elizabeth Papelino, Danny Garrison, Dempsey Whit, Jason Roach, and the whole RAA team for the hospitality and generosity with their time! 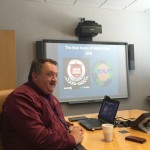 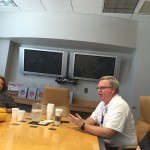 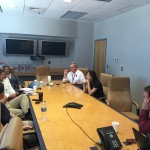 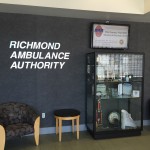 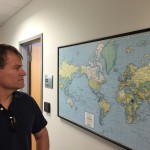 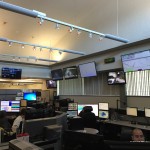 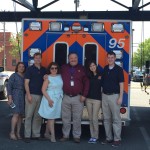 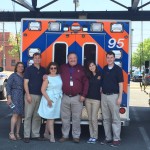 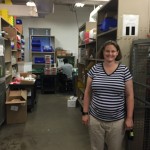 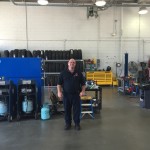 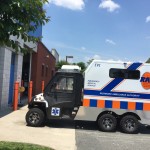 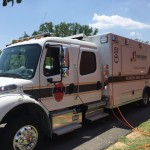 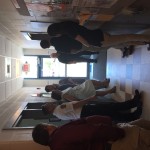 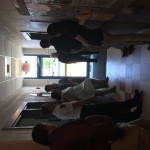 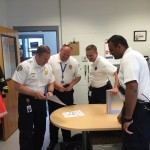 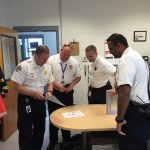 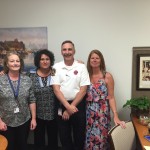 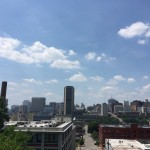 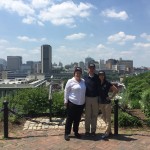 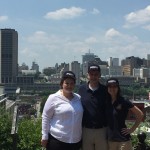 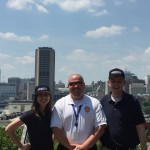 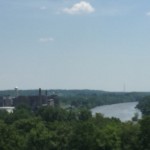 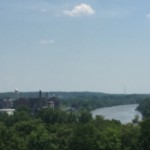 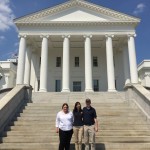 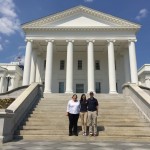 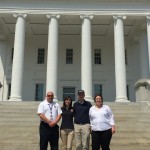 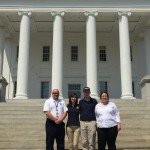 Not yet signed up? It’s not too late to join us at Annual November 1–3 in Las Vegas. Learn more.