The American Ambulance Association is seeking nominations for its inaugural Mobile Healthcare 40 Under 40! This is your opportunity to recognize exceptional rising leaders as the future of EMS. Nomination Instructions To submit a nomination, please complete the form below. Nominations are due January 31, 2020. Incomplete nominations cannot be considered. Timeline Nominations are due January 31, 2020. Incomplete nominations cannot be considered. Honorees will be selected by the AAA Membership Committee and announced in February 2020. Selection Process & Criteria Honorees will be selected based ONLY on the information provided in their nomination form. Nominees should have contributed to their organization, state ambulance association, AAA, other professional associations, and/or the EMS profession in an extraordinary way beyond faithful completion of job duties. Please be sure to include detail about the nominee’s impact to date and future promise. Please note that nominees must be under 41 on December 31, 2020 (meaning that they cannot turn 41 in 2020). No specific job role or title is required for consideration. Recognition Honorees will be recognized on the American Ambulance Association’s website and social media platforms. Winners will also receive complimentary registration to the 2020 AAA Annual Conference & Trade Show in Las Vegas, Nevada (more…) 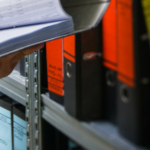 Maintaining compliance within an EMS service can be a daunting task, especially given the number of regulations that we must follow. One way to look at EMS is if a trucking company married a hospital. There are rules and regulations to abide by for an entire fleet of vehicles, from safe operation guidelines all the way down to the use and color of lights. Then there are requirements for a group of healthcare providers, which include necessary certifications such as CPR and knowledge of pertinent life-saving skills. Not only does maintaining compliance keep vehicles and equipment running smoothly, but it can offer employees valuable peace of mind and keep everyone focused on the same goals of providing the best care possible. I like to consider compliance an investment in common sense. Employees know what is expected of them at all times, and they know what type of support their employer will provide to keep their skills sharp. In turn, an EMS service gains from being in good standing with regulators and from an engaged, confident workforce. The benefits of a strong culture of compliance are immense. An organization that lives and breathes compliance can help ensure a smooth-running operation that...

SafeTech Solutions’ Leadership and Supervisor Academies are featuring several courses in 2016 designed to encourage and develop leadership and management among the EMS community. Please join your peers at the following stimulating programs: EMS Leadership Academy [quote_right]”I had the opportunity to participate in Level I and Level II thus far, and without a doubt this was the best leadership training and education I have ever received in my over 25 years of participating in professional development seminars. I cannot wait to participate in Level III and IV in 2016.”           — Maria Bianchi                             Executive Vice President, AAA [/quote_right] A dynamic four-level, 60-hour educational program designed for current & future leaders, focusing on developing leadership skills, creating vision, getting people to follow you & managing organizational & cultural change. EMS Supervisor Academy An intense, three-level, 60-hour immersive experiential education program to develop frontline EMS supervisors who are key facilitators of high employee engagement & operational success. Executive-Level Retreat (New for 2016!) The practice of leadership never stops. Great leaders continue to take time for their growth and development. This two-day retreat is an opportunity to meet with other Leadership Academy graduates from across the country & support your practice of leadership. View (more…) 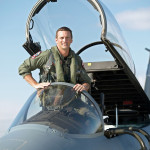 AAA is delighted to announce that one of our Annual Conference & Tradeshow keynotes will be James “Murph” Murphy, Founder & CEO of Afterburner. Murph will be joined by Terry “TD” Deitz, contestant on this season’s Survivor! James “Murph” Murphy James “Murph” Murphy, the Founder & CEO of Afterburner, Inc., has a unique and powerful mix of leadership skills in both the military and business worlds. Murph joined the U.S. Air Force where he learned to fly the F-15. He logged over 1,200 hours as an instructor pilot in the F-15 and accumulated over 3,200 hours of flight time in other high-performance aircraft. As the 116th Fighter Wing’s Chief of Training for the Georgia Air National Guard, Murph’s job was to keep 42 combat-trained fighter pilots ready to deploy worldwide within 72 hours. As a flight leader, he flew missions to Central America, Asia, Central Europe and the Middle East. Prior to his service in the U.S. Air Force, Murph had a successful career in imaging equipment sales, where he helped increase his company’s sales by 500%. Years later, he became Director of Sales for a small paint company. The concepts he developed and utilized in business and the U.S. Air Force (more…)