Overtime Update—Upcoming Changes to the FLSA 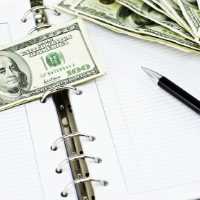 The United States Department of Labor has finally published the proposed changes to the overtime provisions of the Fair Labor Standards Act (FLSA) that will impact more than one million American workers.  Under the proposed changes, many currently exempt employees will now be eligible to earn overtime pay for overtime hours worked.  Employers have known that changes to the FLSA was coming after the Obama administration had proposed the first significant changes to the overtime provisions of the FLSA back in 2015.  These proposed changes were enjoined by a 5th Circuit Court judge who cited that the USDOL had exceeded its authority when it proposed these amendments.  Under the updated proposed rule, the USDOL has pulled back on several of the original changes and will finally implement the amended rules in a later this year.  The majority of EMS employees are already paid premium pay for overtime hours.  However, under the new rules there are several categories of employees who will now become eligible to earn overtime pay and EMS employers need to ensure that they are paying these employees appropriately.  This webinar will detail the proposed changes to the law and will provide EMS employers the steps that they should take to be prepared when the new rules take effect later this year.