The webinar will cover the Public Assistance Process under the Stafford Act and how EMS agencies can apply for cost recovery for costs incurred under the COVID19 Disaster Declaration. 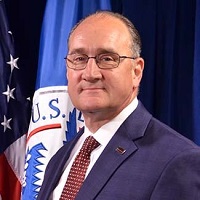 G. Keith Bryant was sworn in as the U.S. Fire Administrator on Aug. 4, 2017. Prior to his presidential appointment, he was the chief of the Oklahoma City Fire Department (OCFD).

He joined the OCFD in 1982 after serving as a U.S. Army firefighter/crash rescue specialist for four years. He also served a short time with the Edmond Fire Department in Edmond, Oklahoma.

During his 35 years with the OCFD, Administrator Bryant was a member of the Underwater Rescue and Recovery Team, Hazardous Materials Response Team, and the Critical Incident Stress Management Team. He also responded to many significant incidents, including the bombing of the Alfred P. Murrah Federal Building in 1995, as well as two EF-5 tornados in 1999 and 2013.

Bryant was recognized with many awards throughout his fire service career. The Metropolitan Fire Chiefs Association designated him as the 2014 Fire Chief of the Year, and he received their 2016 President’s Award of Distinction. The OFCA selected him as the recipient of the 2010 J. Ray Pence Chief Officer Leadership Award, and he received the OCFD Chief Officer of the Year Award in 2001. 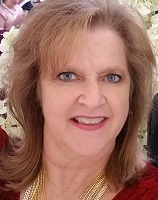