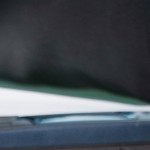 The American Ambulance Association (AAA) appreciates the thoughtful consideration undertaken by the Medicare Payment Advisory Commission (MedPAC) in crafting its final report on Medicare payment of ambulance services. The AAA particularly appreciates recognition by the Commission that six out of seven ambulance service levels are not adequately reimbursed by Medicare. However, the AAA remains very concerned by the MedPAC recommendation to impose payment reductions to nonemergency basic life support (BLS) transports to, in part, offset the cost of increases for the other service levels. The AAA is also concerned about the recommendation to eliminate the additional mileage payments for rural and super rural transports and restructure the payment for ambulance services provided in extremely rural or “super rural” areas. These proposals will have a tremendous negative impact on legitimate ambulance service suppliers and providers nationwide and are not adequately targeted to address the underlying concerns of MedPAC. We look forward to working with MedPAC and the Congress to ensure adequate and stable Medicare payments while working to reform the ambulance fee schedule using more complete data than exists today and to combat fraud and abuse relying upon proven policy options.

As the Congress considers the MedPAC recommendations, it should address the problem that the ambulance benefit is currently underfunded, which MedPAC also acknowledges. We also agree that the payment system is broken and needs to be reformed. However, it is impossible to determine the most appropriate payment system without improving the cost data available. Therefore, the AAA recommends that the Congress follow through with the policy it began in the American Taxpayer Relief Act (ATRA) to have CMS, in consultation with the industry, develop a cost survey that would address the unique nature of the industry. Once these data are available, CMS working with the industry should report to the Congress on the most appropriate way to reform the payment system. Until cost data is available, the Congress should ensure that CMS has sufficient authority and is exercising it to reduce inappropriate dialysis transports. Congress already cut the payment to such transports by 10 percent in ATRA, so the focus should be on implementing proven policies to eliminate fraudulent claims. Finally, the Congress should avoid destabilizing the industry by maintaining the 2 and 3 percent urban and rural add-ons, as well as the super rural bonus payment. Reform of the payment system is necessary, but it must be based on more complete data than is available today. Otherwise, policymakers will repeat the mistakes of the past that led to the need for the add-ons in the first place. The AAA stands ready to continue working with policymakers to ensure access to ambulance services for all Americans while building a stronger ambulance payment system for the future.

Ambulance services continue to face challenges with maintaining services, hiring new staff, and investing in equipment due to chronic underfunding of the Medicare ambulance fee schedule. As demonstrated by both the 2007 and 2011 GAO reports, without the addons ambulance service suppliers and providers are reimbursed below the cost of providing service. Although the two reports are not directly comparable, they both demonstrate long-term below cost reimbursement of ambulance services. We appreciate acknowledgment by MedPAC that six out of seven types of ambulance transports are not adequately reimbursed. However, it is inappropriate to increase payments for emergency and specialty care transports by cutting payments to certain nonemergency transports. MedPAC recommends rebalancing the relative values for ambulance services by lowering the relative value of nonemergency BLS to be budget neutral to current law. This means that the add-on amounts would be maintained in the payment pool for the rebalancing, even if the add-ons would not be extended as constructed currently. The AAA is pleased that this recommendation recognizes that the dollars associated with the add-on are critically important to maintaining the benefit. Yet, by cutting payments for BLS nonemergency transports by 5.7 percent, the recommendation jeopardizes access to medically necessary care by seeking to tackle the limited problem of fraudulent dialysis-related transports with a broad-brush. This overlybroad cut will negatively impact a wide number of medically necessary transports and could have significant unintended consequences.

Fraud and Abuse Cannot Be Tolerated and Policymakers Should Implement Effective, Targeted Solutions to Stop Payments to Illegitimate Suppliers

MedPAC also identifies inappropriate use of certain BLS nonemergency transports, which is the basis for the recommended cut to BLS transports. The Commission also recommends that the Secretary clarify what constitutes medical necessity and how it is applied, as well as use existing authority to address aberrant patterns of inappropriate utilization of BLS nonemergency transports. The AAA agrees that there is a serious fraud and abuse problem related to the growth of dialysis transports and supports the recommendations to the Secretary. Yet, a cut to all nonemergency BLS transports unfortunately will harm those suppliers dedicated to serving Medicare patients and does little to stop those entities engaged in fraudulent behavior. The AAA condemns Medicare fraud in any form. As MedPAC notes, the fraudulent behavior in BLS nonemergency transports is focused on taking dialysis patients to and from their treatments. To eliminate these fraudulent activities, we agree that the Medicare program must disincentivize them. A broad-based cut only hurts legitimate providers and does little to stop bad actors trying to take advantage of the Medicare program. Simply put, a cut means that bad actors will need to find one or two more beneficiaries to transport to maintain their current levels of fraud, whereas the policy proposals suggested by the AAA have been shown to dramatically reduce fraudulent transports by stopping payments to fraudulent actors almost entirely. Specifically, the AAA urges the implementation of policies that have been shown to work when applied in the states, such as Texas and Ohio. We urge the Congress and CMS to increase oversight of new ambulance entrants, require prior authorization for all nonemergency BLS transports to and from dialysis facilities for beneficiaries receiving dialysis treatments, and mandate pre-payment review for dialysis transport claims. MedPAC also recognizes that a cut is not enough and urges the Secretary to use existing authority to address the problem. While the authority to implement pre-payment review and establish a moratorium on new entrants in areas with high levels of fraudulent billing already exists, the Secretary has not exercised it. We also believe additional authority may be required to implement a robust, nationwide prior authorization requirement. Therefore, we call upon Congress and the Commission to support a targeted approach to address the dialysis problem without jeopardizing legitimate providers and suppliers.

Rural Mileage Reforms will Have Negative Impact on Rural Areas

The AAA is also concerned by the recommendations by the Commission to restructure the current permanent payment increase for rural miles 1-17 and the temporary super rural bonus payment. These adjustments have served rural and super rural areas well and should not be significantly modified without substantial data. Unfortunately, it does not appear that this fundamental change is supported by strong data. The AAA has put forward solutions for collecting robust ambulance cost data. Significant payment changes are premature in the absence of this information. The proposal to reform the rural mileage payments would also have a significant negative impact on rural providers and create potential access issues for beneficiaries in rural areas. The payment increase for rural miles 1-17 represented $105 million in total Medicare payments in 2011, a significant number for struggling rural providers. Additionally, the payment increase makes up 9.7 percent of the total payment for the average Medicare rural transport. If this funding is eliminated, rural providers will be tremendously hard hit as margins that were already close to zero become significantly negative. Because of these tremendous negative impacts and the lack of data necessary for fundamental reform, this recommendation should not be supported.

In sum, we urge the Congress to take a balanced approach to reforming the Medicare ambulance benefit by requiring that a reformed system be based on more robust data and to implement policies proven to stop fraud and abuse.