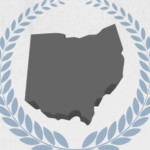 Congressman Pat Tiberi Receives 2017 AAA Legislative Recognition Award For Immediate Release Contact: Amanda Riordan ariordan@ambulance.org 703-610-0264 Washington, DC– The American Ambulance Association (AAA) will honor Congressman Pat Tiberi of Ohio with a Legislative Recognition Award in appreciation of his advocacy for emergency medical services. Congressman Tiberi will be presented this honor in June in Washington, DC by AAA’s Ohio Stars of Life—EMS personnel selected for their excellence and dedication. This year’s Stars from the Buckeye State are John E. Smith, and Kenneth R. Olp of Community Care Ambulance. Congressman Tiberi was selected for his leadership on health care issues and for his help in ensuring the extension of the Medicare temporary ambulance add-on payments. He is also recognized for his support of a methodology to collect ambulance cost data which would provide usable information for future reform of the Medicare ambulance fee schedule. AAA President Mark Postma notes, “Congressman Tiberi has been a trusted advocate for health care and emergency medical services, both in Ohio and across our country.” Congressman Tiberi has represented Ohio’s 12th congressional district since 2001. He is the current Chair of the House Ways and Means Subcommittee on Health, as well as a member of the (more…) 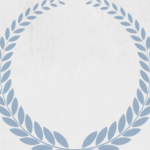 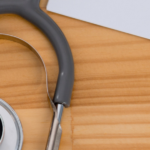 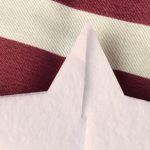 The House VA Committee hearing started at 7:30 p.m., but it was well-attended and lasted until 10 p.m. The witnesses included Senator John McCain (R-AZ), VA Secretary David Shulkin, and representatives of the VA Office of Inspector General and the Government Accountability Office. Senator McCain and Secretary Shulkin were both warmly welcomed by Members of the Committee on a bipartisan basis. Chairman Roe (R-TN) emphasized the need to act quickly to extend the authorization for the Veterans Choice Program, which expires on August 7. To that end, the House VA Committee is voting today on a bill to eliminate the sunset of the program’s authorization. In addition, the Committee will consider broader legislation later this year to make comprehensive reforms to the Choice Program. He noted that the VA has additional funds available but will not be able to spend them once the authorization expires. A copy of Chairman Roe’s opening statement is available here. Secretary Shulkin testified in support of extending the Choice Program, and he clarified that the VA was not seeking additional funding – just the authority to spend funds already obligated. He noted that the VA already is being forced to deny Choice Program coverage to...