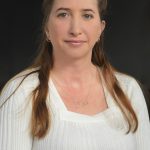 Jenn started her career in EMS with Charleston Fire department as a volunteer. Soon afterward, Jenn decided to attend an in-house EMR class and received her First Responder certification. Jenn became interested in dispatching and was able to take a dispatching course in Coos Bay, OR. After becoming a Emergency Medical Dispatch certified dispatcher, Jenn began working with Bay Cities Ambulance.

In 2006 when the organization was acquired and there was a lot of transition with our leadership team, Jenn just naturally stepped up to fill the void. Jenn accepted the roll of Dispatch Manager but also accepted other duties to include managing the wheelchair department and becoming an essential part of senior leadership. Jenn also went on to receive her EMT certification.
____

Jenn’s has a strong work ethic and unwavering commitment to her community. When the opportunity for growth presented itself, Jenn accepted the position of Operations Manager for our Eugene/Springfield operation and has led the organization during the process of becoming their own company. Jenn is a vital part of the Metro West family and well deserving of this honor.