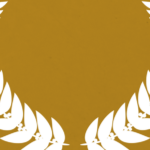 The American Ambulance Association is proud to announce this year’s award winners. Awards will be presented at the AAA Annual Conference & Trade Show Membership Meeting on Tuesday, November 14, 2017. Please join us in congratulating this year’s winners! J. Walter Schaeffer Award Mark Meijer, Life EMS Ambulance The J. Walter Schaeffer Award is given annually to an individual whose work in EMS has contributed positively to the advancement of the industry as a whole. Mark Meijer has achieved this through his many years of commitment and service to the ambulance industry. Robert L. Forbuss Lifetime Achievement Award Fred Della Valle, AMR Connecticut The Robert L. Forbuss Lifetime Achievement Award is named in honor of the first Executive Director of the American Ambulance Association. It recognizes a volunteer leader who has made a significant long-term impact on the association. Fred Della Valle has achieved this through his decades of service, commitment, and dedication to the AAA and its members. President’s Award Dr. John Russell, Cape County Private Ambulance Paul Main, American Ambulance of Visalia These awards are bestowed by the President to volunteer leaders who have shown commitment to the advancement of the AAA above and beyond the call of duty. This year, (more…)