Written by american-ambulance-association on February 8, 2020. Posted in 40 Under 40. Leave a Comment 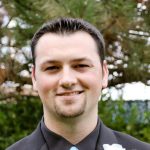 Brian Walls has worked at Huron Valley Ambulance (HVA) for 15 years working his way up from Wheelchair Van Driver to Paramedic Supervisor. Brian currently serves as a Senior Critical Care Paramedic, part-time Paramedic Supervisor, and holds the roles of Medical Officer and Coordinator for the Washtenaw County Hazmat, Special Pathogens, and Technical Rescue teams at HVA. Through Brian’s responsibilities, he has had both a local and national impact on new protocols and standards for hazmat and special pathogens. Specifically, Brian assists with public health preparedness and acts as an EMS liaison to regional healthcare partners as well as regional and state health departments.

Brian has written hazmat policy, procedures, and the Special Pathogens Response Guidebook for HVA’s special response team that has been adopted by the State of Michigan. Additionally, Brian’s leadership on the Technical Rescue Team has created an invaluable resource to surrounding communities for all aspects of technical rescue response by updating and creating state treatment protocols and medical operations.

A lifelong resident of southern Michigan, Brian graduated with a bachelor’s degree in Public Safety in 2013. Brian is a volunteer firefighter in Milan, Michigan. Brian and his wife recently welcomed their first child, Riley Ann.
____

Brian is an outgoing and personable individual who is well liked and respected by all. Brian wears many hats at HVA which includes functioning as a Senior Critical Care Paramedic, part-time Road Supervisor, and Medical Officer and Coordinator for the Technical Rescue Team and the Hazmat teams. Brian actively works in his various roles to raise the bar in EMS. Brian puts 110% into everything he does and always maintains a positive demeanor and professional attitude. Despite being so busy, Brian is always very caring, compassionate, and thorough while performing all his duties.

Brian continued researching for over two years, training with his team several times a month, while obtaining feedback to develop procedures and guidelines for Washtenaw County. This resulted in Brian writing a copyrighted guidebook called, The Special Pathogens Response Guidebook that guides EMS agencies through an entire patient transfer from start to finish. This includes pre-incident planning, donning and doffing, patient transfer, communications, hand off, waste disposal, disinfection, and emergency procedures. In addition to writing the response guidebook for EMS, Brian worked with his team and the local treatment center to create a custom designed Highly Infectious Disease Unit (ambulance) that improves the safety of his crew while in Hazmat suits. This custom-built ambulance improves ventilation and temperature control, thus increasing the time crew members can be in Hazmat suits. The specially designed ambulance also minimizes the amount of hazardous material waste that needs to be collected by our local treatment center and reduces the amount of time it takes to disinfect and place the ambulance back in service.

Finally, Brian reached out to the NETEC to schedule a site assessment for EMS, which it had never done before. NETEC used HVA’s Special Pathogens Response Team and Guidebook as a pilot to establish their own site assessment algorithm to help EMS programs with a special pathogens transport around the nation.

Through his hard work and dedication, Brian has expanded HVA’s response area from only transporting in a couple counties of Michigan, to becoming the backup agency to assist all EMS agencies for the entire state of Michigan. Brian continues to work with Michigan state and local health departments in special pathogens response and preparedness.

Brian’s attention to detail and dedication to positively impact policy change are what makes him stand out in EMS.

Awards will be presented at the AAA Annual Conference and Tradeshow Awards Reception on Monday, November 2, 2015. Please join us in congratulating the winners.

The J. Walter Schaefer Award is given to someone who has positively advanced the industry as a whole. Ron exemplifies this through his tireless efforts to improve the safety of employees and patients, including work on compliance, OSHA, vehicle safety, proper use of personal protective equipment, and ambulance standards.

The Robert L. Forbuss Lifetime Achievement Award is named in honor of the first Executive Director of the American Ambulance Association. It recognizes a volunteer leader who has made tremendous long-term impact on the association. Over the course of Jerry’s volunteer tenure with the AAA, he has chaired numerous committees including Education and Data. Most recently, he sat on the AAA Board of Directors as a Region III representative.

This award is given by the President to an individual volunteer leader who has shown commitment to the advancement of the AAA above and beyond the call of duty. Russell’s work on membership recruitment and outreach in 2015 perfectly exemplifies a volunteer leader championing the great work of the association to both current and prospective members.

This is only the second time that the association has given a distinguished service award. J.D. has given innumerable volunteer hours to the AAA. His financial support of AAA programs and events has no equal, and his outreach to his Members of Congress has helped the AAA gain temporary Medicare relief for the industry.

Partner of the Year Award

The National Rural Health Association is receiving the Partner of the Year Award for its ongoing support of both temporary and permanent Medicare Relief for ambulance services, including Senate 377 and House 745. 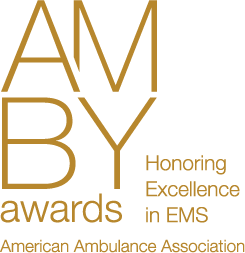