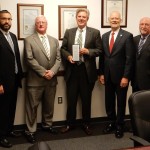 Congressman Frank Pallone visited MONOC Mobile Health Services corporate headquarters in Wall Township, New Jersey on August 13 to receive the 2015 American Ambulance Association (AAA) Legislative Recognition Award from MONOC’s President and CEO, Vince Robbins. The AAA chose Congressman Pallone for this award for his co-sponsorship and support getting HR 2, the Medicare Access and CHIP Reauthorization Act of 2015, signed into law. Section 203 extends through 2017 the temporary increases in payment for ground ambulance services throughout the country. In attendance were Vince Robbins, President of MONOC, John Gribbin, Chairman of MONOC and President of CentraState Healthcare System, Rob Davis, President of the Medical Transportation Association of New Jersey and President of Alert Ambulance, and Jacob Halpern, President of GEM Ambulance service, also a member of AAA. As a proud member of the AAA, Vince Robbins presented the award to Congressman Pallone, whose district MONOC provides Emergency Medical Services for. Vince Robbins said, “It was both a pleasure and an honor to recognize Congressman Pallone for his outstanding leadership in supporting the vital service ambulance and EMS agencies perform every day. The Congressman has fought tirelessly to promote the proper reimbursement of such services from Medicare. Although much more needs to be done, we know Congressman Pallone is a strong advocate (more…) 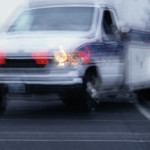 CMS held its latest Ambulance Open Door Forum on April 22. It started with the following two announcements: – H.R. 2 was signed into law extending the temporary ambulance adjustments through December 31, 2017. The adjustments are 2% (urban pick-ups), 3% (rural) and 22.6% (super rural). – For free standing facilities, use the “P” modifier if the facility is not part of the hospital and use “H” if it is hospital-based. Following these announcements, there was a Question and Answer period. Most of the questions were not answered on the call and the caller was asked to submit their questions to CMS, or was told to ask their Medicare Administrative Contractor or was told to appeal the denied claim referenced in their question. A few were answered, as follows: 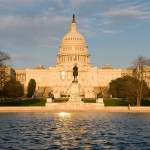 Early this morning after completing action on a FY 2016 Senate Budget Resolution, Senate Majority Leader Mitch McConnell (R-KY) announced that the Senate would not act on legislation (H.R. 2) to permanently repeal the sustainable growth rate (SGR) formula for physicians until after the Easter recess. H.R. 2 includes the 33-month extension of the temporary Medicare ambulance increases. Senate Majority Leader McConnell had sought consideration today of H.R. 2 under unanimous consent which requires the support of all 100 Senators. There were objections to the expedited vote and thus the Senate is now expected to consider the bill when it returns on April 14. The temporary Medicare ambulance increases expire on March 31. However, contractors have a standard requirement to hold all Medicare claims for 14 days before making payment. The Centers of Medicare and Medicaid Services (CMS) has issued a notice to contractors formally directing them to utilize this hold. So if the Senate does complete action on H.R. 2 on April 14 there will be no need for reprocessing any claims for the retroactive increases. Should action on H.R. 2 be delayed further, Congress could do a short-term extension or simply allow the provisions to expire for a (more…) 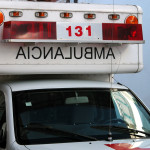 Earlier today, the U.S. House of Representatives voted in favor of H.R. 2, doing away with Medicare’s sustainable growth-rate formula and passing a permanent doc fix. The 392-37 vote was overwhelmingly bipartisan. As we reported on March 24, thanks to our champions on Capitol Hill, a 33-month extension of the temporary Medicare ambulance increases was included in the bill. If enacted, the bill would extend the deadline for expiration of Medicare ambulance relief from March 31 until December 31, 2017. The Senate still needs to pass the bill and is working on a short time-line before they adjourn for recess. Senate Republicans and Democrats have expressed concerns about different aspects of the bill so it is unclear whether the chamber will consider H.R. 2 before it recesses. It is also uncertain if Congress would pass a short-term extension to give the Senate more time or if CMS would be required to formalize its 14-day claim hold policy should H.R. 2 not be enacted before March 31. In addition to Medicare ambulance relief, the package also includes language from the Protecting Integrity of Medicare Act (H.R. 1021) expanding the current prior authorization pilot programs on repetitive BLS non-emergency ambulance transports in (more…) 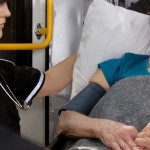 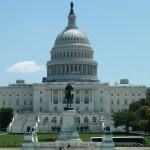 The U.S. House of Representatives is currently developing a package on a permanent fix to the physician fee schedule. House Speaker John Boehner recently announced the effort for a permanent fix instead of another extension and the framework of a package is coming together quickly. It is therefore critical that you contact your members of Congress today in support of permanent ambulance relief.