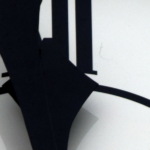 2017 was a bit of a wild ride in the employment realm.  The Trump Administration worked to change the trajectory set during the eight years of the Obama Administration.  This past year, we saw the undoing or attempts to undo many of the Obama Administration initiatives, including the Fair Labor Standards Act (FLSA) updates, changes to the Persuader Rule, interpretations of Title VII as it relates to transgender protections.  Not to mention the repeated attempts to chip away at the Affordable Care Act (ACA). In addition, there were several new requirements for employers that went into effect in 2017 and a few upcoming in 2018.  Here is a quick review to ensure that your service is up-to-date and compliant. The Fair Labor Standards Act Changes These changes, which would have more than doubled the minimum salary levels for those “White Collar” exemptions, were set to go into effect back in 2016.  A Federal Court in Texas enjoined and put on hold these changes until the question of whether the Department of Labor (DOL) had the authority to unilaterally change the Regulations.  In July, 2016, the DOL published an Request For Information (RFI) with responses due in late September, requesting input...

AAA human resources and operations expert Scott Moore, Esq., shares some strategies for effectively managing employee tardiness in your ambulance service. AAA members, do you have a question about an HR or Operations issue? Ask Scott! Access to expert American Ambulance Association consultants is included with your membership. 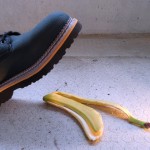 I Really Can’t Stay… Managing Employee Leave December 8 at 2:00 PM ET $99 for Members – $75 DURING CYBER WEEK SALE  $198 for non-Members – $150 DURING CYBER WEEK SALE  This program is valid for 1 PDC for the SHRM-CP or SHRM-SCP   Speaker: Scott Moore, Esq., EMS Resource Advisors Managing employee leaves can be a complex and challenging task which can expose employers to significant risk. Nearly 52% of employers believe that employees are fraudulently using FMLA leave. This webinar will provide employers with a solid understanding of an employee’s right to protected leave and best practices for preventing abuse, and managing and tracking leave. This session will cover some of the challenges with managing intermittent leave, the impact of built in overtime in FMLA time calculation, importance of the Medical Certification, pay during leave, and the interaction with the ADA. Register Now► 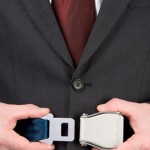 A few days ago, something big happened in the State of New York that is going to have an enormous impact on employers.  The New York State Legislature finalized a budget that will increase the State Minimum Wage to $15.00 per hour, and will provide for paid Family and Medical Leave to all employees over the next few years.  While there are a few states in the country that currently provide for some form of paid leave, this is by far the most aggressive plan to phase in twelve weeks of paid leave to all employees by 2021.  This continues a trend that is sweeping the country to provide more paid leave to all employees. Today, employers with 50 or more employees are already required to provide up to twelve weeks of job protected unpaid leave under the Family and Medical Leave Act (FMLA).  However, not all employees are eligible for that leave as they must have worked at least 1250 hours in the preceding twelve month period.  Under this new New York paid leave, both full and part time employees will be eligible for paid leave. Employers currently struggle with administering FMLA and other forms of job protected leave...