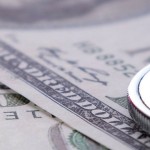 Medicaid billing in emergency medical services is unavoidable. From trauma trips to non-emergency transports, ambulance providers face a multitude of hurdles when trying to identify, verify and bill the correct payor for Medicaid patients. Guesswork is often used instead of real-time insurance verification. This can be especially true when commercial payors such as United Healthcare and Blue Cross Blue Shield manage the Medicaid plan, commonly termed Medicaid Replacement Plans. This article provides four valuable tips for successfully processing EMS claims when a Medicaid Replacement Plan is involved. The Challenge for EMS Billing: Benefits Verification Just as commercial payers see growth opportunities in managing Medicare Advantage (MA) plans, they are also overseeing hundreds of Medicaid programs. According to the annual CMS-64 Medicaid expenditure report, in federal fiscal year (FFY) 2016, Medicaid expenditures across all 50 states and 6 territories exceeded $548 billion, with nearly half of all spending now flowing through Medicaid managed care programs. On average 54.67% of Medicaid dollars are spent on managed care, whether to manage the transition or fund plans. This ranged from 97.9% in Puerto Rico, down to 12.1% in Colorado. A single trip may have Medicaid benefits, but also managed by United Healthcare or another (more…) 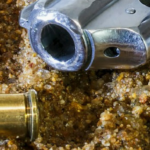 I have been seeing a lot of chatter on social media and reading quite a bit about ambulance services issuing ballistic vests and providers being allowed to arm themselves. Looking at the available data, consider the following: 67% (95% CI = 63.7%–69.5%) of respondents reported that either they or their partner had been cursed at or threatened by a patient; 45% (95% CI = 42.4%–48.3%) had been punched, slapped, or scratched and 41% (95% CI = 37.9%–43.7%) were spat upon; Four percent (95% CI = 2.8%–5.0%) of the respondents reported that they or their partner had even been stabbed or involved in an attempted stabbing; and 4% (95% CI = 2.5%–4.8%) reported being shot or involved in a shooting attempt by a patient.” (Oliver & Levine, 2014, para. 22). When looking at the survey results, specifically the low percentages of violent activities, it would appear that such protections are not needed. However, I cannot support the notion that a provider feels that where they work this protection is essential to them. I think a closer, more current look with a larger sample will create a better perspective. This study is relatively small and would be better served if the questions (more…) 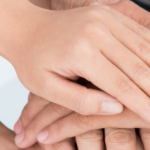 Affiliate (vendor) members sustain the American Ambulance Association through their generous sponsorship and support. Please complete the form below to share with AAA your Capital Campaign pledge as well as your sponsorship involvement. Need help deciding on a sponsorship level or package? Contact Colleen Crowley at ccrowley@ambulance.org. Ambulance services interested in contributing to the Capital Campaign, please visit this page.