AAA has teamed up with Mercury Public Affairs to run a robust public affairs campaign to complement our already established lobbying efforts. We are making sure our concerns as frontline EMS responders are heard, by targeting 27 key Senators and Representatives to Congress around the nation.  We are asking them to be the champions we need in Congress and to make sure all of our emergency first responders have the resources they need.

The campaign has been a great success. Major media outlets have picked up our stories, our digital campaign is having higher than industry average conversion rates, and our patch through calls, which have had extremely high percentages of people willing to speak Congressional offices, have been able to provide a steady drumbeat for our issues where it matters.

These  metrics, coupled with the positive feedback we have received from Congressional offices show that notonly do we have the right message, but also that our emergency first responders are being recognized for the work they do during this national health crisis.

It is also helping to build legislative momentum.

We will update you on the campaign as we move forward, but wanted to take some time to share some highlights.

AAA is running an earned media campaign around issues such as allowing for CMS reimbursement waivers. One of the highlights of this effort has been the following story published in the Wall Street Journal and subsequently featured in the Washington Post Healthcare 202 Newsletter: 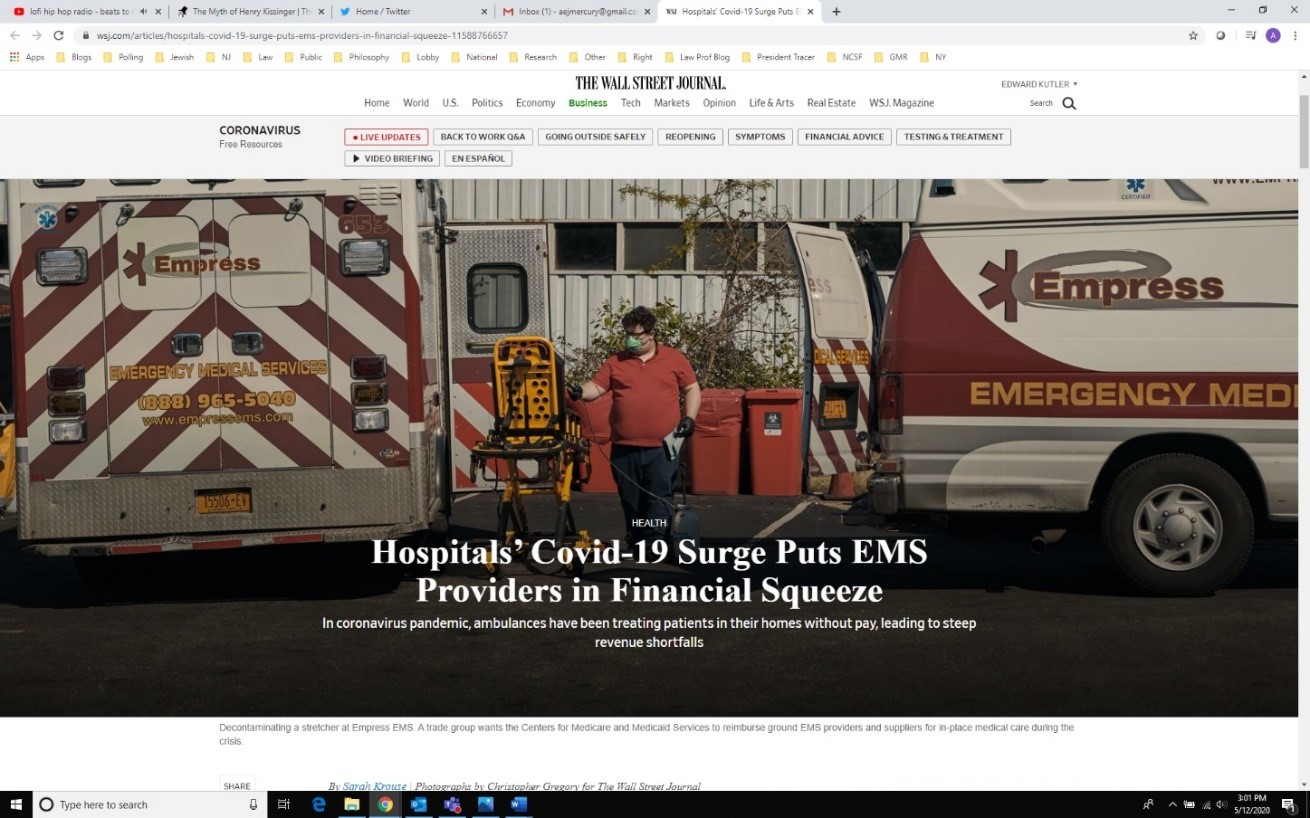 AAA is running a digital advertising campaign targeted in Congressional districts and states. This campaign will continue with the addition of text messaging in the coming days. Thus far, we have accomplished the following: