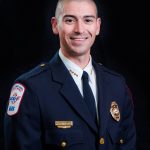 Chief Campbell joined Montgomery County Hospital District (MCHD) in June of 2018 and began his role as the Chief of EMS in March of 2019. Chief Campbell began his EMS and Fire career in 2002 in Fayetteville, North Carolina. Upon returning to Texas in 2008, Chief Campbell joined the City of Celina Fire Department, where he served as the EMS Captain for four years. Chief Campbell is currently pursuing a Bachelor Degree in Emergency Health Sciences from The University of Texas Health Science Center. Chief Campbell is committed to working closely with the MCHD Board of Directors, other first responder agencies, and hospital partners to continue a successful and collaborative healthcare model in Montgomery County. Chief Campbell is a certified member of the American College of Paramedic Executives (FACPE), serves as a member on the Governor’s EMS & Trauma Advisory Council (GETAC) EMS Committee, and is a Board Member for the South East Texas Regional Advisory Council (SETRAC). Chief Campbell’s focus continues to be a people-centered approach, working to ensure that MCHD’s employees and patients are at the center of the decision-making process. Chief Campbell is proud to help lead MCHD, an organization committed to its’ mission, vision, and core values.

MCHD is honored to nominate Chief of EMS James Campbell as one of the American Ambulance Association’s Mobile Healthcare 40 Under 40. Since being named EMS Chief nearly a year ago, Chief Campbell has exemplified what it means to be a true leader. Chief Campbell came from humble beginnings, starting his career as a firefighter in Fayetteville, North Carolina, then moving on to Celina Fire Department in North Texas. The City of Celina had one ambulance when Chief Campbell took on the role as EMS Captain, but just four short years later, he is now successfully running a large, county-wide agency with a fleet of 50 ambulances and 250 EMS personnel. Montgomery County is one of the fastest-growing counties in Texas. In 2019, MCHD had more than 70,000 responses – the most in the history of our county. Thanks to Chief Campbell and the team who has come to trust and value his leadership, MCHD was able to maintain the same high level of care that our patients have come to expect.

In late 2019, MCHD received its re-accreditation from the Commission on Accreditation of Ambulance Services (CAAS), and reviewers noted zero deficiencies during the on-site inspection. MCHD is one of only three agencies in the Houston area to receive CAAS accreditation, and Chief Campbell’s guidance has been instrumental in maintaining these high standards. Fortunately, we are not the only ones benefiting from his leadership. Chief Campbell sits on the board of the Southeast Texas Regional Advisory Council (SETRAC), and the Texas Governor’s EMS & Trauma Advisory Council (GETAC) helping to advise the governor on policies affecting EMS personnel on a statewide level. While attending the Ambulance Service Manager (ASM) certification course, Chief Campbell’s team won for its project on Fatigue Risk Management in EMS, and he went on to ensure that not only our employees benefited from the program but other EMS agencies as well. Chief Campbell presented the study’s findings on the importance of rest in EMS at the 2019 Texas EMS Alliance Conference and the 2019 Pinnacle EMS Conference.

Chief Campbell’s management style is people-centered; he works to ensure his employees and our patients are at the center of his decision-making process. Chief Campbell genuinely cares about how his decisions affect the team’s members, individually and as a whole. A good illustration of this is in our turnover rate as an organization. MCHD is at 8% for 2019, which is far below the 25-30% national average for an EMS agency.

Chief Campbell keeps a journal which he uses it to remember times of success (big and small), times of failure, and other times when he’s learned valuable lessons about leadership. Chief Campbell has all the makings of a true rising leader, someone who can take a step back and be his own worst critic while also being humble enough to learn from the team around him. With everything he has already accomplished at the young age of 35, there is no doubt that Chief Campbell will continue to be a great asset, not only for MCHD, but for the future of EMS.