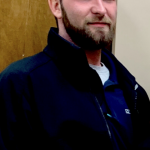 Ethan Taylor is a currently employed as a Paramedic with Baptist Ambulance Service in Booneville, MS. Ethan is a 2010 high school graduate from New Site High School, and completed Paramedic school at Northwest Shoals Community College in 2013. Ethan began his career in EMS in 2011 as an EMT. While Ethan strives to be a better Paramedic each day his ultimate goal is to pursue a career in EMS management. Ethan’s greatest accomplishment that he speaks of often is balancing the crazy EMS life and raising his eight year old son.

Ethan has exhibited much admiration and dedication while working as a Paramedic. Ethan’s passion for caring for patients is obvious. Ethan is willing to take on any task that he is assigned and enjoys educating and precepting for students and upcoming EMS professionals.