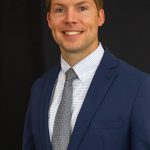 Corey Chapman has worked at Acadian Ambulance Service since 2013. Corey has a Bachelor’s Degree in Behavioral Science and a Master’s Degree in Business Administration from the University of Louisiana Lafayette. In addition to his work at Acadian, Corey is also a Board Member for the American Cancer Society of Louisiana and the Junior Achievement of Louisiana. Coey is passionate about patient care and moving the EMS industry forward.
____

Corey Chapman is passionate about process re-engineering and improvements. During his tenure at Acadian Ambulance Service over the past six years, Corey has provided project management leadership around contracts, membership and corporate compliance initiatives. Corey was promoted in January to Director of Revenue Cycle where he leads a team of approximately 200 employees.