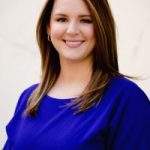 Sabrina is a lobbyist for the Oregon State Ambulance Association (OSAA). Sabrina has helped defeat a bill that would have disturbed the unbiased way that ambulance contracts are assigned. Sabarina successfully lobbied all sponsors to pull their name from the bill. After having GEMT denied for private providers, Sabrina worked with agency staff, stakeholders, and OSAA to find a viable alternative for private ambulance service providers. This Included conducting an in-depth survey of OSAA members, complicated formulas, and then drafting language, working with legislators, agency staff, and building coalitions. Sabrina also worked to kill and/or amend legislation that would create unnecessary cost burden on EMS providers.