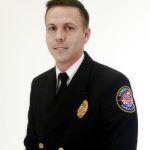 Since 2016, Glen Simpson, AEMT has been the Director of Special Operations for Henderson, NV based Community Ambulance. Simpson offers event venues and producers his more than 15 years of experience designing special medical standby plans and coordinating their implementation in Southern Nevada. Between the years 2008 and 2012, Glen personally oversaw the further development of special event medical services for his former employer, Medic West Ambulance. In 2012, Glen moved into the Operations Manager position for American Medical Response’s special event medical services in Las Vegas.

Focused on crowd management and employee and patient safety, Glen has successfully earned the repeat business of numerous major events like the Electric Daisy Carnival, Rock in Rio, Route 91 Harvest Festival, and many more. Simpson credits his success to fostering and maintaining excellent relationships with venues, producers, and the public safety officials in Clark County, Nevada. Additionally, Glen’s approach to employee training, his meticulous attention to detail and continual follow-up with venue and event producers has distinguished him as “expert” in the niche field of special event medical services. Glen is a frequent conference speaker regarding Special Event Medical Services. Most recently, Glen spent most of 2018 and 2019 presenting at more than 30 venues in the U.S. and abroad regarding his role during the October 1, 2017 mass shooting at the Harvest Festival held in Las Vegas.

Glen has worked tirelessly to influence the international perception of special event medical standby personnel as being much more than a “backpack and a flashlight”. Glen has used the numerous presentations he has given around the world over the last two years to redefine and highlight the essential role that special event medical personnel play during any type of incident (large or small). Additionally, Glen has and continues to present before regional and national venue manager audiences. These executives who are pulled in a dozen different directions when securing crowd-drawing events for their facilities, are urged to reconsider contracting with an ambulance provider for event services just to satisfy an event’s medical standby insurance requirements or as just a box to check.

Glen’s experiences being the manager leading his “boots on the ground” employees during the 1 October 2017 Mass Shooting at the Route 91 Harvest Festival event in Las Vegas influences the work he does today. Glen offers his audiences sound counsel about the importance of good public safety relationships. Glen details the requirements for preparing for anything, treating the injured should violence occur, and for managing the first aid needs of event participants and attendees. Glen and his personnel have also engaged in Stop the Bleed training for event personnel and security forces.

Glen has been published for his account of the 1 October tragedy by JEMS Magazine and by EMS1.com. The New York Times covered Glen’s account of the atrocity and The Las Vegas Sun also recognized Glen and his special event crews. Glen and his special event employees were lauded during the 2018 HealthCare Heroes event in Las Vegas and their 1 Oct. story was covered by the event’s sponsor, Nevada Magazine. Glen and his team were also recognized by the American Ambulance Association at the association’s annual meeting in Las Vegas in 2017. Glen and his employees also received an honorary plaque from Clark County Commissioners for the company’s performance during the 1 October 2017 mass shooting. They were also honored by U.S. Representative Dina Titus whose remarks were read into the congressional record on October 24, 2017. Community Ambulance also received a Certificate of Recognition from the Clark County School District Community Partnership Office and from Henderson, Nevada’s Mayor, Debra March.