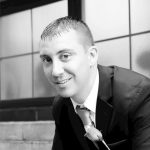 Austin’s dedication to his community and passion for service spawned after the tragic events of 9/11. Austin’s call to community service started as an explorer with his local fire station. At the young age of 16, Austin became an EMT. Austin excelled in his role and became the youngest supervisor for a local ambulance company. In 2007, Austin acquired his Paramedic licence and continued to lead his company by always following the golden rule, to lead by example. Austin helped to lead the way for a critical care transport services in the area, that would ultimately become the first in the region. Due to Austin and his counterparts’ tireless efforts, a critical ground program was successfully launched in 2013 with air services following a few months later. The new services offered to the community furthered Austin’s thirst for knowledge and he acquired his FP-C in 2014 followed by his CMTE in 2017. In 2019, Austin’s role in the health system changed to Market Director of Clinical Operation where his new focus will be merging the pre-hospital and hospital worlds to create better transition of care and improve outcomes. Recently Austin graduated with a nursing degree and currently is enrolled in a Master Degree program for Nursing Administration. Austin has been able to accomplish all this while maintaining his commitment to his community and raising a family.

Austin’s drive and commitment to his community are unparalleled. Austin’s entire career has been in the service of others and he has developed a love and passion for EMS. Austin has been at the core of pushing initiatives that bring needed resources to our area, and in changing the framework of the hospital structure to incorporate EMS into decision making, education, and goal setting. As Austin’s career advances, he continues to put his role in EMS at the forefront and always advocates for his peers. Currently Austin is in the process of developing a large scale educational campaign that bridges EMS and different hospital service lines. At the young age of 33, Austin has made a deep impact on our community and continues to do so everyday. As his colleague I am in awe of his commitment to his community and our patients. Austin’s reach is wide and he is breaking barriers down everyday to improve the lives of so many.