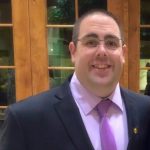 Charles Schwalbe started his EMS journey in 1998 with the Commack Volunteer Ambulance Corps as a Youth Squad Member. Charles received his EMT certification in 2000 and the EMT of the Year award in 2001. Charles quickly took a liking to the EMS field and rose quickly through the ranks of the department. Charles worked as Crew Chief from 2003-2004 and a Chief from 2005-2012. Charles currently holds the titles of Ex-Chief, Captain, and Chairman of the Board of Directors.

Charles’s professional career with North Shore-LIJ began in October of 2002 as an EMT. Charles began work in the Core and 911 Division for a few years before obtaining his Paramedic certification. Charles continued to work both the Core and 911 division, and was then asked to work on our Islip 911 response program. Later, Charles became the lead medic for our newly created Rockville Centre Private Public Partnership. Charles then got promoted to Paramedic Supervisor where he created and managed our Infections Disease Transport Team and our FEMA Response Team. Charles currently holds the title of Operations Manager where he oversees our logistics and fleet division as well as our special operations.

Mr. Schwalbe “CW” is currently a member of the Suffolk County USAR Task Force #1, DMAT NY-5, and holds the title of Deputy County Fire Coordinator. Charles has a vast background and numerous certifications relating to NIMC and Incident Command.

Charles is an innovative leader and problem solver, providing adaptive solutions to many complex issues. Charles is an active listener and engaged leader. Charles is continuing his post graduate studies to increase his self-development and, leadership skills in a large health system setting. Charles is respected by his subordinates, peers, and superiors at work and is a role model for all those who work with him.