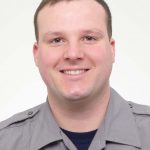 Nick began his career in EMS in the year 2000 at the age of eighteen as a volunteer first responder in West Salem, Wisconsin. While volunteering, Nick was soon elected as the vice president of the association and then training officer. In 2003, Nick was awarded the West Salem EMS Person of the Year.

Nick excelled in his new found passion for EMS and quickly progressed to become a Paramedic and secure work with Gundersen Tri-State Ambulance as a full-time career Paramedic. During his time at Tri-State, Nick has taken on numerous different and progressively challenging roles. From Paramedic, to Critical Care Paramedic, to Shift Supervisor and Technology Coordinator, to Operations Supervisor, and now in his current role as a Program Manager and Educator.

In addition to his many accomplishments at Tri-State, Nick has strong interest in computers and technology as well as matters involving logic. Nick’s keen interest and skill at playing poker is his way to relax between the many challenges of work life. You may even see Nick playing poker with the pros in Las Vegas.

The moment Nick entered the building on his first day at Gundersen Tri-State Ambulance many years ago, it was patently clear that he was not only passionate about EMS but also completely committed to being the best paramedic he could be while challenging those around him to do the same.

Nick’s belief in being the best clinician possible drives his efforts to improve the knowledge, understanding, and practice of all EMTs and paramedics in our organization. Nick is truly committed to this task and it shows. With Nick’s engaging and well-prepared educational lectures and training, our first-pass intubation success rates have improved to the best they’ve ever been. In addition, Tri-State has become a leader in STEMI and stroke recognition and care, our cardiac arrest survival rates are praiseworthy, and our paramedics and EMTs are excited and engaged about their learning.

Nick has held many roles during his tenure at Tri-State. While a Shift Supervisor, Nick also held the role of Information Technology Coordinator for our growing organization. Between his supervisory duties and field work, Nick designed our Intranet, restructured our ePCR flow, maintained numerous computer servers, oversaw our complex network, and worked tirelessly to maintain our heavy reliance on technology. On many occasions, Nick created custom programming and processes to help our paramedics and EMTs avoid frustrations and to increase efficiencies. Even today, our corporate technicians find themselves reaching out to Nick at times for advice and guidance with our information systems.

While a Clinical Operations Supervisor, Nick worked closely with our medical director to completely re-write our clinical protocols and guidelines, a process that he is remains integrally involved in today. In addition, Nick created our first formalized orientation and Field Training Officer program which continues to be the foundation of our very successful on-boarding process.

In his latest role as a Manager, Nick has combined his love for logic and technology with his passion for teaching to create a sophisticated and progressive clinical services department. Nick was able to get a handle on tracking of complex continuing education requirements while giving employees easy access to view their training history and progress toward their individualized goals. In addition, Nick is incorporating diverse data elements into our clinical practices and decision making processes. These are but a few of Nick’s contributions since his acceptance of this latest role less than two years ago.

Of all Nick’s tangible and technical accomplishments, he feels the most accomplished and valuable when sharing his knowledge through his role as an educator. Nick’s passion for teaching shows as our clinical proficiency improves and our staff become increasingly engaged.

Nick’s unparalleled work ethic combined with his never-ceasing willingness to learn and take on new responsibilities have made him the perfect candidate for the American Ambulance Association’s 40 Under 40 recognition.