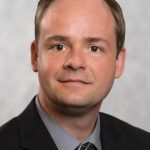 Jeremy Tinter is Patientcare Logistics Solutions’ Director of Clinical Services for the Pinellas County Florida Operation. Jeremy served as the Clinical Services Coordinator for Sunstar Paramedics from June 2015 to June 2016 and held various positions ranging from Field Training Officer, Critical Care Paramedic, and Assistant Supervisor over the past 10 years. Jeremy’s emergency medical services career has not only been in clinical care but also focused on education and training. Jeremy holds many instructor ratings ranging from AHA to NAEMT, leads the simulation lab for Pinellas County, and has been responsible for the successful clearing of clinicians to the field. A certified Paramedic in the state of Florida, Jeremy has also served as an adjunct, non-credit faculty/CME Instructor at St. Petersburg College and has taught continuing education classes through the Pinellas County Authority CME Program to EMTs, Paramedics, and Nurses.

Jeremy was the proud recipient of the 2016 American Ambulance Association’s “Star of Life” award.

Jeremy is a native of Florida and a longtime resident of Pinellas County. Jeremy earned a bachelor’s degree from the University of South Florida (USF) and is a graduate of the EMS Leadership Academy, class of 2016. Jeremy is currently working on his Master degree at USF.

In his free time, Jeremy plays classical guitar, jogs, enjoys photography, and going to the movies.

In just a few years as Director, Jeremy Tinter has made significant process changes and improvements that have streamlined the hiring and training processes at Sunstar. Under his leadership, the Clinical Services Department was recognized at the state level as Educator of the Year for the State of Florida in 2017. Jeremy’s department was also recognized on the national level by the American Ambulance Association as an AMBY award winner that same year.

Jeremy has shared his best practices with other EMS providers by being published in JEMS. Jeremy has also been a guest speaker at the American Ambulance Association’s annual conference as well as at the Midwest EMS Expo.

Jeremy serves as volunteer on the board of directors at 211 Tampa Bay and is a graduate of the Leadership Pinellas program class of 2019. Jeremy definitely deserves to be recognized as one of the 40 under 40 to watch in EMS.