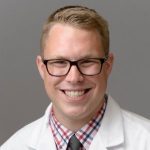 Anthony J. Taylor has worn many hats in the healthcare industry, and he has worn them admirably. While completing secondary education, Anthony has held positions doing revolutionary work in public health, disease intervention, pre-hospital emergency medicine, and academia at the university level. With six years clinical experience as an Emergency Medical Technician, and only one year clinical experience as a nationally registered Paramedic, Anthony has already been a vital to policy and protocol changes within the operations and academic services at Indianapolis EMS (IEMS). While enrolled in paramedic school at IEMS, Anthony was also completing graduate work at Indiana Wesleyan University and received his Master of Public Health degree within just a few months of his capstone phase of paramedic school. Despite the difficulty of those two tasks combined, Anthony was awarded the Paul K. Jolliff Award for Academic Excellence upon the completion of the Paramedic Science Program within the Indiana University School of Medicine’s (IUSOM) Health Professions Department. Impressed by his academic ability and strong work ethic, Anthony was offered a position within the same department just one month after he graduated and currently works as volunteer faculty for the IUSOM, and full-time faculty for Academic Services at IEMS teaching Anatomy and Physiology, a pre-requisite for IEMS’ Paramedic Science Program. Anthony is also a central part of curriculum building for the Paramedic Science program, analytics, and from time to time, information technology for some of the Indiana’s first hybridized paramedic programs.

From a very young age, Anthony J. Taylor has strived for perfection in his education and his professional ventures. Being raised by a single mother, who worked more than full-time hours, Anthony’s story could have gone one of two ways. Working in public service, more times than not, we see the story that ends with the single mother trying her best, but unfortunately the children still falling through the cracks. However, like Japanese pottery, Anthony’s mother filled those cracks with gold and celebrated their family’s imperfections so that her children would become not only successful members of society, but also sympathetic and loving adults; a vital characteristic of EMS leaders of the future.

With his sights set on becoming a physician, Anthony enrolled in an emergency medical technician class while completing his undergraduate studies. What Anthony didn’t realize while trying to supplement his income in medical school, was that he ended up discovering a love for pre-hospital medicine. It was then, in 2014 that Anthony decided to pull back from medical school and begin his professional journey in Emergency Medical Services (EMS). In a very short time, Anthony has become a nationally certified EMT and Paramedic, a Primary Instructor for the State of Indiana, won academic excellence awards, the State of Indiana’s EMS Governor’s Cup, and been hired as full-time faculty for the largest EMS academic staff in the State of Indiana.

Anthony is definitely a future leader in EMS and well deserving to be selected as one of the American Ambulance Association’s 40 Under 40.