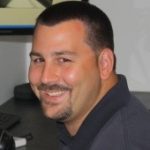 LinkedIn
Nominated by: Rob Lawrence (AAA Board of Directors)

As Director for the Center for MEDICS, James’s primary responsibility is to design and implement all training and education for Pro EMS employees and more than a dozen outside agencies who contract their training through Pro EMS and Pro EMS Center for MEDICS. This includes creating and delivering H.A.L.O training, new employee orientation, and other training sessions as needed. James also maintains the simulation facilities and equipment used at Pro and Center for MEDICS.

As the Paramedic Program Director, James graduates two large cohorts of students per year, ensuring they receive a comprehensive experience resulting in an impressive National Registry pass rate. James and his team have developed a unique program focusing on the benefits of simulation in a paramedic program and he continues to implement cutting edge technology to maximize efficiency. In 2012, James was recognized with Educator of the Year award by the Metropolitan Boston Emergency Medical Services Council. James is a member of the National Association of EMTs and National Association of EMT Educators. James serves as Community Training Center Faculty in all American Heart Association disciplines and is a content developer and lead educator in the Center for MEDICS’s distance learning platform. James began working at Pro EMS in 2008 and graduated from the Paramedic Program at Pro EMS Center for MEDICS in 2010.

James has been the cornerstone of the Pro EMS center for MEDICS in Cambridge MA for the last eight years. James has developed and implemented educational programs for over 800 EMS professionals with a pass rate in the high 90th percentile. James was instrumental in the creation of Pro EMS’s own Learning Management System – Prodigy which to date has trained over 5,000 providers through its distributive education methods.

In addition to this remarkable work, James is also a MEDscience instructor at Harvard Medical School where he has created simulations and learning material for those enrolled. The on-line Prodigy system is shortly about to be scaled up onto a national platform and James will inevitably be a thought leader in this arena on a national level very soon.