In Memory of Patrick Wells Smith 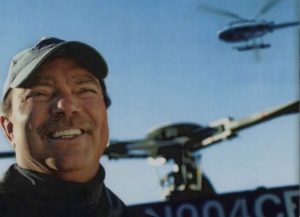 He was born on November 17, 1953 in Minneapolis, Minnesota, to parents Ted Arvel Smith and Margaret Wells Smith. He was the second of three children. He attended Minnetonka High School, got his start as an EMT in 1973 as a college student in Minnesota, and soon began taking on supervisory roles for EMS agencies in Minnesota and Oregon. In 1980 he was hired as an assistant director of Metropolitan Ambulance Services Trust in Kansas City where he consulted to establish EMS systems in Fort Wayne, IN.; Pinellas County, FL; Fort Worth, TX; and Little Rock, AK. He worked as Vice President of Eastern Ambulance in Syracuse New York after that before moving to Reno.

He was well known for his innovation and leadership in EMS systems design and medical 911 communications systems. One of his most fascinating stories was his role as a first responder at the 1981 collapse of the walkway at the Hyatt Regency in Kansas City where he was one of the initial responders on site. It killed 114 people and injured 216. That experience inspired the ways he help REMSA to prepare for many crises in which the team needed to respond with speed and outstanding systems, but still compassion.

During his time at REMSA he created and fostered programs such as the special events coverage team, community and professional education teams, and the TEMS program which attaches specially-trained paramedics from REMSA to the SWAT teams of local law enforcement. He received numerous local and national awards, including the Secretary of Defense Employer Support Freedom Award for small businesses in 2008 where he was awarded the opportunity to meet the President of the United States.

He was proudest in his professional life when talking about his REMSA/Care Flight team. “It’s about the people,” he would often say. He was a proud and loving father and grandfather who passed on his devotion to Disney and instilled a deep loyalty to the Minnesota Vikings in his family.

He was very active at the leadership level volunteering in the American Ambulance Association, and also NAPUM, National Association of Public Utility Model, which was a group of EMS organizations across the nation, each with the unique structure of a Public Utility Model, which provided guaranteed quality of care, response times and coverage without tax subsidies. REMSA had been one of those PUMs since its creation in 1986.

He is survived by his five children: Michelle Bergren (Matt), Aaron Smith (Divya), Danielle Sanford (Michael), Theodore Smith (Hailey), and Allison Hahn (Mark), his seven grandchildren: Blake, Sage, Bode, Rishi, Rohan, Hadley, and Cole, his nephews Jason  and Jeremy Smith, and the mother of his children and ex-wife, Linda Smith, who remained his good friend and co-parent/grandparent, as well as his many other friends and EMS and medical profession colleagues.

He was preceded in death by his parents, his sister Diana Smith and his brother James Smith.

In lieu of flowers, the family requests donations to Truckee Meadows Community College to the Patrick Smith Memorial Scholarship, which will be for students who want to study to become an Emergency Medical Technician, or a Paramedic.

You can also donate online at: https://www.tmcc.edu/foundation/support-tmcc/make-gift. In the “Leave a Comment” box just note your donation is for the Patrick Smith Memorial Scholarship.