It is with deep sadness we share the passing of beloved family man, friend, colleague, and former AAA President Steve Williamson. 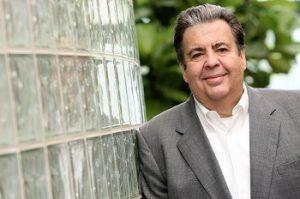 H. Stephen Williamson was the president and chief executive officer of Emergency Medical Services Authority (EMSA) since the Authority began operations in 1978, and served for over 39 years. Under Williamson’s guidance, EMSA grew into Oklahoma’s largest EMS provider and one of the country’s most effective ambulance systems, achieving the standing of top 1% of ambulance services nationwide with accreditation by the Commission on Accreditation of Ambulance Services. Due to his visionary leadership and passion for service, EMSA provided outstanding patient care, saving countless lives throughout Tulsa, Oklahoma City, and the surrounding counties. Prior to his tenure at EMSA, he served as administrator of Enid Memorial Hospital. He was a graduate of the University of Tulsa, earning a B.S. in Finance, as well as a Master’s in Public Health from the University of Oklahoma. Prior to his death, Steve was the Chief Financial Officer at Pafford EMS, the largest ambulance service provider in Arkansas.

Family will receive those wishing to pay their respects at a lunch and visitation beginning at 11:00 a.m. on Thursday, November 8, 2018 at Fletcher Hall (attached to the church). Services will immediately follow at 1:00 p.m. at Parish of Christ the King Catholic Church, 1520 South Rockford Avenue, Tulsa, Oklahoma 74120. Internment at Calvary Cemetery 9101 South Harvard Ave, Tulsa, Oklahoma.

Steve touched countless hearts over the course of his extraordinary life. He will be forever loved and missed by all his family, friends, and colleagues.