AAA is delighted to announce that one of our Annual Conference & Tradeshow keynotes will be James “Murph” Murphy, Founder & CEO of Afterburner. Murph will be joined by Terry “TD” Deitz, contestant on this season’s Survivor!

James “Murph” Murphy, the Founder & CEO of Afterburner, Inc., has a unique and powerful mix of leadership skills in both the military and business worlds. Murph joined the U.S. Air Force where he learned to fly the F-15. He logged over 1,200 hours as an instructor pilot in the F-15 and accumulated over 3,200 hours of flight time in other high-performance aircraft.

As the 116th Fighter Wing’s Chief of Training for the Georgia Air National Guard, Murph’s job was to keep 42 combat-trained fighter pilots ready to deploy worldwide within 72 hours. As a flight leader, he flew missions to Central America, Asia, Central Europe and the Middle East.

Prior to his service in the U.S. Air Force, Murph had a successful career in imaging equipment sales, where he helped increase his company’s sales by 500%. Years later, he became Director of Sales for a small paint company. The concepts he developed and utilized in business and the U.S. Air Force would become known as Flawless Execution®. Applying Flawless Execution’s continuous cycle of planning, briefing, executing, and debriefing, he increased his new employer’s sales from $5 million to $52 million per year. Realizing that all companies and organizations could benefit from these same concepts, Murph started Afterburner Incorporated in early 1996.

Through his leadership, Afterburner landed on Inc. Magazine’s “Inc. 500 List” twice. Murph has been featured in The Wall Street Journal, BusinessWeek, Inc. Magazine, Newsweek, Meetings & Conventions Magazine and has appeared on CNN, Fox News, and Bloomberg News. He was also named as one of Atlanta’s top 50 entrepreneurs by Catalyst Magazine. To date, the Afterburner team of elite military professionals has led over 1 million executives, sales professionals, and business people from every industry through Afterburner’s Flawless Execution ModelSM, and its unique, high-energy programs.

Murph and the Afterburner team have shared the podium with notable speakers like Bill Clinton, Condoleezza Rice, Marcus Buckingham, Colin Powell, J.W. Marriott Sr. and Terry Bradshaw. Murph serves as a panel member of the League of Extraordinary Minds with business and self-improvement gurus such as Tony Robbins and Stephen Covey. He is the author of the six groundbreaking books, including Flawless Execution (2005), Down Range (2013), and Courage to Execute (2014) through Harper Collins publishing, and has spoken at many of the world’s most notable business schools to include Harvard, Wharton, Cornell, Emory, Duke and Fudan University in Shanghai, China. 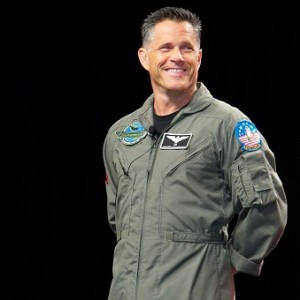 Fighter pilot, Business Owner, T.V. Host, Airline Captain, Coach, Motivational Speaker, Inventor, Philanthropist and one of our most Dynamic Speakers, Terry “TD” Deitz is an expert at finding the time to constantly pursue Flawless Execution in everything he does.TD has hosted, produced and appeared on television shows on CBS’s, SURVIVOR, the History Channel’s, Modern Marvels, and the Discovery Channel’s, Great Planes, and as one of Afterburners Main Speakers has worked with hundreds of outstanding companies and organizations. As a retired Navy Fighter Pilot, TD brings the right perspective of how a company can leverage Flawless Execution in every facet of their operation and execution. “There is not a more powerful model out there then the Flawless Execution Cycle, it will propel your business at mach speed to the top of your business space, and….keep it there!” His favorite part of the model, the Debrief.

TD, attended United States Naval Academy from ’78-’82, honing his leadership skills on and off the baseball diamond. His Academy experience culminated in a “Sweet Sixteen” baseball appearance and a degree in Meteorology.

Prior to flight school, TD qualified as Officer of the Deck, on the world’s longest Nuclear Aircraft Carrier, ths USS Enterprise (CVN-65), one of the youngest officers ever to do so. In 1984, he accepted orders to Navy Flight School and follow on assignment to fly the F-14 Tomcat, made famous in the movie, TopGun. He spent 3 years of his life deployed on aircraft carriers around the world. “I had the honor of operating with some of the world’s best leaders, mentors, and fighter pilots, who had a large part in defining how I conduct my life and business affairs.”

TD has been a valued member of the Afterburner team since 2007 and is busy working initiatives involving University level education, Debriefs, and the utilization of the Flawless Execution Model in College Athletics. “Good leadership in the boardroom, in planning sessions, and out in the field, requires consistency and good habits. Flawless Execution will equip your organization with the tools and processes needed to be both consistent and forward leaning, and at the top of whatever space you are operating in!”